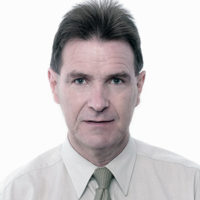 Robert is an energy and transport infrastructure finance professional with more than 35 years of experience.  He has spent his career working in Asia and the Gulf.  Robert has performed senior executive roles in investment banking (with Rothschild in Singapore and Gulf Investment Corporation in Kuwait City), corporate financial advisory (with PricewaterhouseCoopers/PwC in Singapore and Manila), development finance (with Asian Development Bank in Manila), sovereign wealth fund management (with Oman Oil Company in Muscat, Oman) and export credit agency operations (with Export Finance & Insurance Corporation in Sydney, Australia).

At PwC, Robert served as the Director of Infrastructure & Utilities.  In this role, he was responsible in the Asian region for origination and execution of the group’s project finance advisory, acquisition advisory and privatization advisory business in the power/energy, water, transportation and oil & gas sectors.  He also assisted project developers and other stakeholders in the commercial structuring of, and debt arranging for, a range of new-build energy and transport projects.  Clients included KEPCO, Singapore Power International, National Power (of UK), PGN (of Indonesia), Bombardier, Petronet (of India) and Sinosure (of PRC).  Robert managed a team of six executives, achieved a tripling of annual revenues over five years.