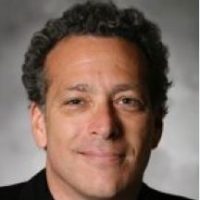 Mr. Strauch’s career spans more than 30 years working with CXOs and thought leaders for Fortune 500 and Global 2000 companies in software, cloud-based services and blockchain, clean-green technology, new and conventional media, and food/agtech. Mr. Strauch has also co-founded start-ups in video-on-demand, hashtags on the blockchain, middleware, cybersecurity and social search.  Mr. Strauch was a marketing strategy and corporate communications team member in product launches for more than twelve Microsoft enterprise products including four versions of Windows Server and Client and Microsoft Office, as well as SharePoint and SharePoint Server, Enterprise Project Management, Tablet PC, Small Business Server, Forms Server, Windows Phone 7 & 8 and Azure.  As a co-founder of the Microsoft Business Value team, he helped develop financial modeling tools to define total cost of ownership (TCO) and business value of technology that were used to sell multi-billion dollars in Microsoft Enterprise Agreements.  He has written over 60 ground-breaking white papers for Microsoft on the business of value technology and was the first person at Microsoft in early 1996 to write a series of 23 articles on the business value of the then nascent World Wide Web for enterprise CXOs.  Mr. Strauch also has ten years of experience in public policy related to environmental, regional and city planning working with government agencies including the City of New York, Port of New York, US HUD, US EPA, Virgin Islands Water Supply and the Army Corps of Engineers.  Mr. Strauch holds a Master’s Degree in Urban Planning from the City University of New York, a Bachelor’s Degree from the State University of New York, and also attended Princeton University.