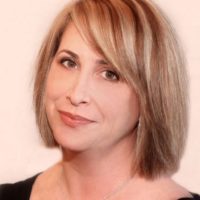 Ms. Carpenter is a communications strategist specializing in entertainment consulting. Previously she was Vice President of Communications for KCETLink Media Group where she oversaw publicity, on-air promotions, advertising and corporate communications. She handled major corporate announcements and executive transitions, and orchestrated numerous nationally recognized integrated marketing campaigns to support the mission and vision of the organization.

Previously, Ariel was the director of Public Relations for the University of Southern California where she cultivated angles for promoting select USC initiatives in national media outlets, and shepherded social media efforts university wide.  Ariel also has served as Senior Vice President for MPRM Communications. Earlier in her career she worked in a communications capacity for financial services companies including Countrywide Home Loans, Great Western and Glendale Federal.  She was also the internal communications editor for The Los Angeles Times.

Her leadership has been recognized throughout her career, including an Award of Excellence by the Society for New Communications Research for Innovation: Digital and Marketing Experience in Media; two First Place Awards of Excellence from the Publicity Club of Los Angeles and the Greater Los Angeles Press Club; and an Honorable Mention in national Cynopsis Social Good Awards, among others.