Uncertainty Over the Infrastructure Package for U.S. Private Equity

Biden’s biggest legislative victory since taking office. However, it remains an uncertainty if the hundreds of billions raised by US private equity to rebuild the country’s infrastructure will directly benefit from the passing of the bill.

The public-private partnerships that have been created have struggled to gain traction over the past decade as the country’s infrastructure has continued its decline. The 2,700-page Senate bill attempts to address this by directing local and state governments to consider these public-private partnerships. As an example, part of the infrastructure bill requires municipalities seeking federal funding for any project over $750 million to perform a cost analysis on a private partnership. However, the bill does not require that local governments create any public-private partnerships. This could result in the US private equity firms that have raised billions of dollars over the past decade to rebuild the country’s roads, utilities, bridges, and etc., being in a position of limited investment opportunities in which to deploy their capital. With that said, the bill still needs to pass in the House of Representatives before being signed into law.

Without any debt, infrastructure investment is needed in the United States. The country’s infrastructure received a “C-“ grade in 2021 from the American Society of Civil Engineers, with the estimate that it would cost almost $2.6 trillion to implement the necessary repairs and improve to a “B” grade.

Many private equity firms have focused their investment attention to infrastructure deals as they are often immune to volatility experienced by equity or fixed income investments, coupled with the fact that the often multi-decade contracts provide steady returns.

For state and local governments, the decision to partner with private equity is not always obvious. Governments are able to access the $4 trillion municipal bond market for financing, providing them with a greater level of control, and allowing them to keep more of the project profits. However, they are also solely responsible for any cost overages.

Private equity investments in public utilities have not always yielded the anticipated returns for private equity firms either. In 2014, electricity company Energy Future Holdings filed for Chapter 11 bankruptcy protection as a result of its inability to sustain operations due to more than $40 billion in debt. The company was taken private by KKR, TPG, and Goldman Sachs’ private equity arm in 2007, in a deal valued at $45 billion. With these firms losing a combined $8 billion of their invested capital, it was one of the largest leveraged buyouts to ever fail. The Wall Street Journal reported that it was the eighth largest bankruptcy in the history of the United States.

In 2017, Blackstone announced the launch of a $40 billion infrastructure fund, and that the Public Investment Fund of Saudi Arabia would be investing 50% of the fund, or $20 billion. Surprisingly, the Blackstone fund has seen challenges in hitting its capital raise target, having announced in their fourth quarter earnings call of having raised around $14 billion (less than 50% of the target). 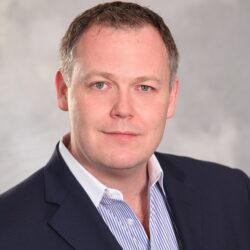 Mr. Trevor Saliba is a sought-after strategic advisor to a global client base, working with clients at every stage of the private equity, investment and M&A lifecycle. In addition, his Strategy practice advises clients on post-transaction closing matters related to post-merger and growth strategies. Previously, he also served as Chairman and CEO of NMS Capital Advisors, a subsidiary portfolio company of NMS Capital Group and a Los Angeles based boutique investment banking firm that specialized in mergers and acquisitions, cross border investment transactions, private equity and asset management advisory services to public and private clients throughout the world.

The Importance of Business Agility and Innovation for the Coming Recession

WFH: Managing Your Workforce Remotely and Effectively in 2022