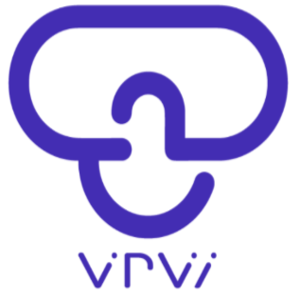 ViRvii, which recently announced its formal launch, enables users to create their own worlds customizing their user experience for music and art. In addition, it will allow artists and record labels to create new or recreate existing albums or songs through ViRvii creating an entirely new medium for the user experience.

ViRvii, Inc., a technology firm that develops proprietary user experiences merging music, art and virtual reality today announced that it has signed a letter of intent to acquire Rhizome Productions, Inc., (“Rhizome”) a Los Angeles based virtual reality consulting and production company. As part of the acquisition, it has appointed Brooks Brown, founder of Rhizome as Chief Creative Officer and Partner.

Since its founding by Mr. Brown, Rhizome Productions has consulted on multiple virtual reality projects for a global client base comprised of gaming companies and studios.

Brooks Brown is an award winning interactive director and marketing creative. Starting his career at Lucasfilm, Mr. Brown’s talent, drive and creativity quickly garnered his ascent to Lucasarts Digital Digital Marketing Manager where he was then appointed as head of his own Digital Development Gaming Team. During his tenure at Lucasfilm he was awarded with a “Webby” for best online game of 2012 and he also earned multiple brand development awards from Adobe MAX, the Game Marketing Awards and more. As a result of his success at Lucasfilm, he was tapped by filmmaker James Cameron to oversee the digital side of the “Avatar” movie franchise with direct influence and control over concept development, contracting, program, game production and social media development resulting in multiple deals with Kabam and Ubisoft. He then went on to work with Swedish software company, Starbreeze Studios to lead immersive development for film properties such as John Wick, The Mummy and The Walking Dead. As a culmination of his success, Mr. Brown led his team to the creation of HERO, which won the Tibeca Film Festival and was hailed as the “future of entertainment” by the festival jury. Following this, Mr. Brown has maintained his cutting edge spot as a leading creative and technology visionary consulting on a myriad of global projects through Rhizome Productions.

ViRVii Co-Founder and CEO, Juan Due&ntilde;as said “Working with Brooks on this project has been a once in a lifetime opportunity that will undoubtably change technology for decades to come. I am glad to have someone with his creative genius on this new journey with me”.

“As Virtual Reality comes into its own, as the hardware, the business, and the creative start to converge, the team at Rhizome has been fortunate to be at the cutting edge of driving truly immersive experiences. Within minutes of spending time with Juan and the other leadership at ViRvii, we knew they were the partners we needed to bring our full vision to life and the best possible partners to have as we charge forward into the next wave of virtual worlds” said Mr. Brown.

ViRvii, which recently announced its formal launch, enables users to create their own worlds customizing their user experience for music and art. In addition, it will allow artists and record labels to create new or recreate existing albums or songs through ViRvii creating an entirely new medium for the user experience.

The firm announced that they expect the transaction to be closed within 30-days.

ViRvii is a technology firm that was founded to serve at the crossroads of art, music and virtual reality enabling users and content providers to customize and share their own virtual reality experiences in either a private or public setting.